From artifacts to culture, my journey through design: keynote at IDC, School of Design

Design is core to my identity, to who I am. Education is the space within which I function but I try to approach everything I do as a designer.

This was not always the case.

Back in 1984, I had just graduated with an undergraduate degree in engineering, and if there was one thing I knew, it was that I did not see myself as being an engineer. My somewhat idiosyncratic interests (in literature and science; in art and mathematics; in cinema and psychology) just did not gel with engineering (at least the way it was taught and practiced in India at that time). That said, it was not clear to me, what the path forward was, or if there was one.

What 4 years of engineering can do to you. Image design Punya Mishra

Even as I was struggling with these deeply personal, existential issues, I stumbled upon across a poster for a Master of Design program in Visual Communications at Industrial Design Center in IIT Mumbai (or Bombay as it was known back then). To cut a long story short, I joined IDC in the fall of 1988—and spent three wonderful years there (two as a student and one as a faculty member).

To say that these years transformed me is an understatement.

What learning about design meant to me. Image design by Punya Mishra

Suddenly all my seemingly disparate interests came together. I found a creative space, a welcoming community and, most importantly, an intellectual history and tradition within which I could place myself.

I became a designer—a label I wear proudly even today.

This January, IDC celebrated its Golden Jubilee and I was thrilled to be invited to speak at the event. 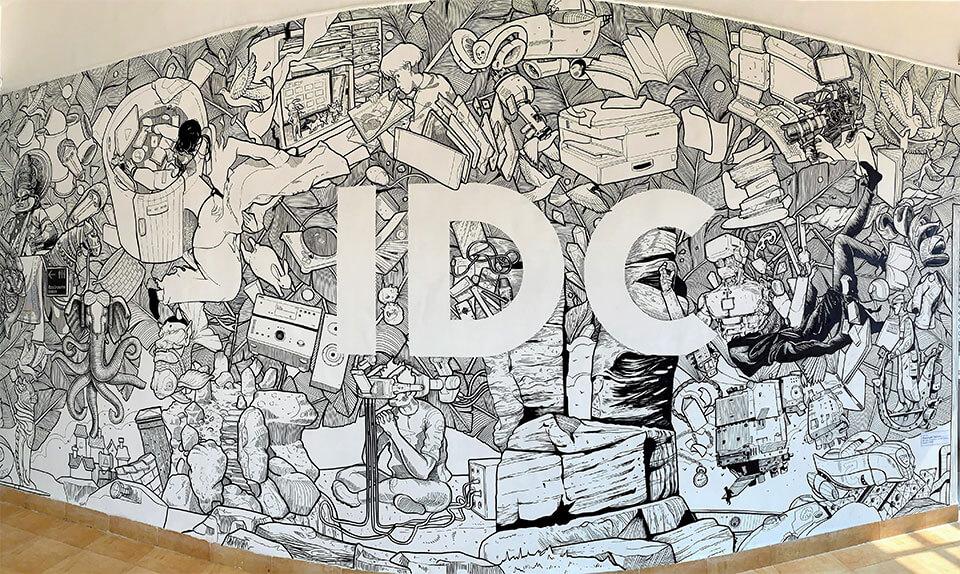 An amazing mural created for the Jubilee

The title of my talk was Designing pencils, universities & everything in between. It was an opportunity for me to look back over my journey through design and education, and to thank an institution and individuals who influenced and shaped who I am today. You can watch the video of my keynote below (approximately 23 minutes long).

Note: The audio used here is a lightly edited version of what I said (with minor digressions removed). I have also added a bunch of new slides to make the talk flow better.

Chitra Chandrasekhar a recent gradate of IDC, and a talented designer, visual storyteller and educator (who runs her own design company called Mographies) created animated sketch-notes on the fly from the presentations. A screenshot from her video, that focused on my talk is given below. 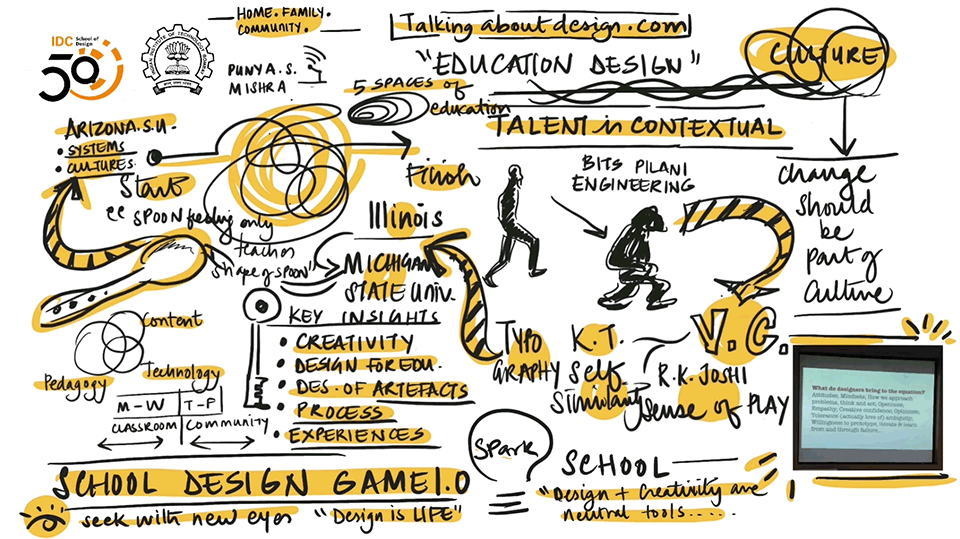 Screenshot from video sketch-note created on the flyby Chitra Chandrasekhar, visual Storyteller and educator at Mographies

One of the high points of the event was celebrating the faculty members who have made IDC what it is today. Though not all of them could make it to the event, it was wonderful see and felicitate those who could. The two I missed most are R. K. Joshi (about whom I have written here) and Kirti Trivedi (who first introduced me to the role fractals play in design).

6 of the key faculty members who made IDC what it is today, and played a critical role in bringing the idea of design to the India.